January 16, 2017 By Peter Schurman in Uncategorized Leave a comment 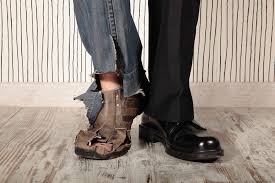 Today we learn via OxFam that just eight men control half the world’s wealth.  People are shaking their heads, but what would it take to change this?

Nothing on the current policy menu will do the job.  As the Panama Papers highlighted last spring, the ultra-rich simply hide money in other countries to shirk their tax obligations.

Thomas Piketty, author of Capital in the 21st Century, says the only way to solve this is with a global tax on wealth.  And Piketty is not a lone voice.

The Vatican has been calling for a “global public authority” for “reforming the international financial and monetary systems” in response to “inequalities,” since even before Francis became Pope.

There is a growing consensus among people serious about tackling inequality that raising taxes country-by-country will fail, as long as there are countries willing to ignore the growing global consensus that we must limit the obscene disparities in wealth revealed by today’s headlines.

It’s a lot like the problem we face in handling climate change.  Countries that don’t work together can doom the whole enterprise.

This begs a very big question: why are we still relying on countries to handle the world’s biggest problems?  These entities are 350 years out of date, predating modern communications, motorized transportation, domesticated electricity, and even Newton’s articulation of the laws of physics.

The fundamental attribute of a country is that it is not accountable to others.  This no longer works, and it’s time to call our broken global system of separate countries into question.

It’s clear that we need a new global system to tax wealth.  It should be a democracy, a global one, with an equal voice for everyone: One Global Democracy.

Please consider donating to support One Global Democracy here. You can also make a tax deductible gift, in dollars or in bitcoin.